A military option against Tehran remains on the table, indicated PM Naftali Bennett

Israel Prime Minister Naftali Bennett dubbed Iran the “greatest threat to the State of Israel” during a cabinet meeting in Jerusalem on Sunday. The prime minister also spoke to US President Joe Biden for the first time in months to discuss growing concerns about Iran and a potential nuclear agreement being discussed in Vienna.

“Anyone who thinks that an agreement will increase stability is mistaken,” Bennett said, according to a readout his office released to the public. Bennett discussed Iran’s “growing aggression” and “steps for blocking Iran’s nuclear program” in his call with Biden, accusing Iran of ramping up regional attacks amid negotiations. 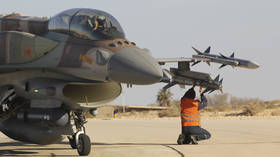 The virtually disappeared Chinese tennis star Peng Shuai made another awkward forced interview appearance during the Beijing Olympics.  Her appearance is a reminder of a list of well-known Chinese celebrities that have disappeared after crossing the Comminust Party.  None of them are bigger than China’s former version of Elon Musk, Jack Ma, who was last […]